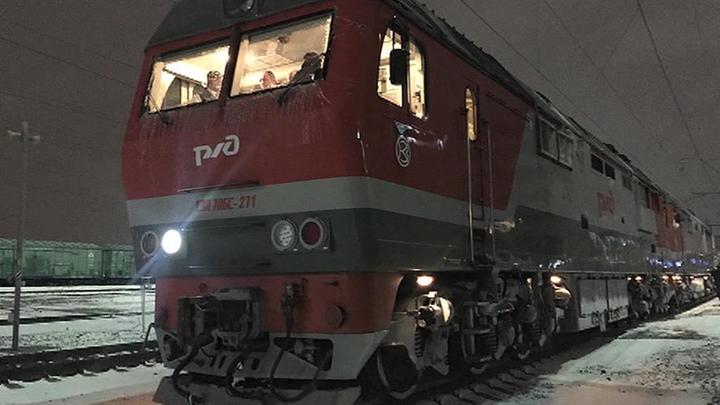 No minister or oligarch, not even Alla Pugacheva, a famous rail travel aficionado, can rent this train for any amount of money. But a Komsomolskaya Pravda reporter achieved this impossible feat. She got a ride on Train One, a special vehicle that transports exclusively top government officials. It's managed by both the Administrative Directorate of the President and Russian Railways which is why it's surrounded by mystery and considered, without exaggeration, top secret. This is why the report on the Komsomolskaya Pravda's website and the photos it included created quite a stir. Our colleagues didn't just take a peek inside, they were the first media professionals to ride a full 170 km (105 mi) on the route from Novosibirsk to Barnaul. For their benefit, the train was moved to Siberia from Moscow, and they were allowed to spend 3,5 hours in one of its cars.

So what exactly did the journalists see during that time, and what did they report? Let's hear from Varvara Nevskaya.

- So, does it have a lot of interesting features?

- You know, it really does. The train itself is one big interesting feature.

No one knows for sure where this train departs from, where it goes, and whom it carries on board, because on the outside, it doesn't look any different than a regular passenger train: the noble color gray, the red logo of Russian Railways. But there are no customary signs with the final destination, and inside, to the cozy clickety-clack of wheels and with tea in signature glass holders, people discuss government business rather than personal affairs.

The governmental train is a secret object. Few things are known about it. Guarded by the Federal Protective Service and managed by Russian Railways and the Administrative Directorate, it only transports the leaders of the country: the president and prime minister. The information is very scarce, but even that was not available in open sources, until Komsomolskaya Pravda's special reporter personally visited the legendary train.

Elena Krivyakina, Special Reporter at Komsomolskaya Pravda: "The first car is definitely a secret one. It carries special communications and is not designed to transport people. The second car on this particular trip was the staff car, which carried Russian Railways' officials, the train commandant, and train superintendent. The third car was the security car, but the most secret car is car №4. That's Prime Minister Medvedev's car".

On each trip, the train's consist is different and includes a variety of secret and regular first-class and second-class sleeping cars. The Prime Minister's and most of the other cars are manufactured at Tver Carriage Works, but there are also some antiques, such as the ones made in the GDR.

And this here is the dining car #5, which was turned into a negotiating room on Medvedev's last trip. Wood-carved panels on the walls. Burgundy blinds and white curtains on the windows. Elegant but not pretentious.

The sixth car was beautifully decorated with wood. That's where all top government officials were, including those attending the meeting. The fifth car, where the meeting took place, was also very beautiful, with wooden ornaments.

The fourth car, as far as I've learned, which carried the prime minister, was also covered in wood of a beige-brown hue. The prime minister's car has all essentials, from shower and kitchen to bedroom and study. Medvedev boarded the special train in public twice: on his 2012 trip from Novosibirsk to Omsk and this year, going from Novosibirsk to Barnaul. We also know that the president used it to travel to Sochi during the Olympic construction.

When the special train is not on the move, it has to be parked somewhere. Most likely, it's this platform, located next to a small railroad shop and a train station. The VCh-4, or Brezhnev's Train Station, named after the General Secretary who ordered its construction in 1974, is located close to the Three Station Square near another special-purpose station, the Imperial one, built at the order of Nicholas II.

Irina Vishnyakova, Tour Guide: "Standing on the Kalanchevskaya Square is the Imperial Station, which was built in 1896. Trains used to depart from it, and they still do. It's been used by the government since the late 19th century. It includes a small but beautiful pavilion, which is still used by Russian Railways. It's located on the same side as the Leningradsky Railway Station".

The biography of the Brezhnev's Station is just as vibrant, though it's younger than the Imperial one. For example, it received Kim Jong-un's and Kim Jong-il's armored trains. It is also believed that in the 90s, Pugacheva used to travel from here on the Yeltsin's train. Its territory is off limits. There are walls and barbed wire all around, which are rumored to hide antique cars, including not only Brezhnev's armored and Khrushchev's lightweight ones, but also the legendary Art Deco carriages that used to be part of the Orient Express.

- That was Varvara Nevskaya on Train One.