Ambassador Antonov: Russia Detained US Diplomats For Breaking the Law, Not to Retaliate! 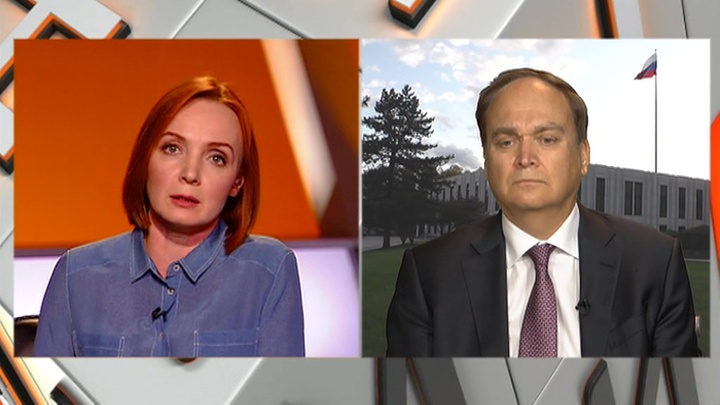 In an exclusive interview with Vesti, Russian Ambassador to the US Antonov breaks down the current situation between the US and Russia. US diplomats were caught wandering into a cordoned off military zone and refused entry, not done as retaliation against the FBI's and the State Department's harassment of Russian lawmakers and diplomats. The Russian MFA remains committed to dialogue with their American counterparts!

This is an interview with Anatoly Antonov, Russian Ambassador Extraordinary and Plenipotentiary to US.

- Anatoly Ivanovich, which of the news coming from Russia our American partners consider prime-time material? The strategic military exercise Grom 2019 or the detain of US diplomats in the vicinity of a restricted area? And how is your work affected by that?

Anatoly Antonov, Ambassador of Russia to the United States: It all depends on who we're talking to. If we're talking to people who are not very interested in learning about Russia-US relations and their problems, they are mostly interested in such news stories as the detain of US diplomats, the adjustment of their trip in the right direction, and Russia's view of this situation. But for those people who are concerned with serious issues, in particular, the issue of strategic security, for the people who care about strategic security, about the relations between the Russian Federation and the United States of America, and about the situation in general, it's the Grom 2019 exercise.

- You don't see the detain of US diplomats as a serious problem? Can it affect the safety of Russian diplomats in the US and the conditions of their work?

- I won't deny that the safety of Russian diplomats is the issue of utmost importance for us, for everyone working in Washington, New York, Houston, and, of course, for Moscow. This type of incident doesn't make us optimistic and only increases tension in Russia-US relations. On our part, we comply with all the demands of the United States side in terms of the movement of Russian diplomats on American soil. I always emphasize that we're guests of our American partners, so we need to obey American law. We accurately follow all demands coming from the United States side. Naturally, we'd like our American colleagues to do the same, to respect the laws of the host country and conduct their affairs in Moscow and other cities in accordance with the Russian rules and Russian law.

- So we can't even imagine Russian diplomats getting detained somewhere near a US military base. Do you give any special instructions to your colleagues, like, "Gentlemen, we need to be extremely careful now. The US government might attempt to set us up."

- We have regular meetings inside our embassy with our entire diplomatic and operative staff, as well as the staff of our military attaché. They are part of our team. We all work together. We have no intention to provoke the US into hostile actions against Russian diplomats. We haven't forgotten the time when 95 diplomats were asked to leave American soil in a short period of time. We don't want that situation to repeat. I believe neither does the US. And that's why any issue we have with local authorities, which does happen sometimes, whether for a reason or not, represents an extraordinary occurrence. We look into it and routinely solve the issue with the US authorities. But Russian diplomats never allow themselves any violations.