Ambassador Antonov: Russia May No Longer Rely on New York as UN Venue, Propose Sochi Instead! 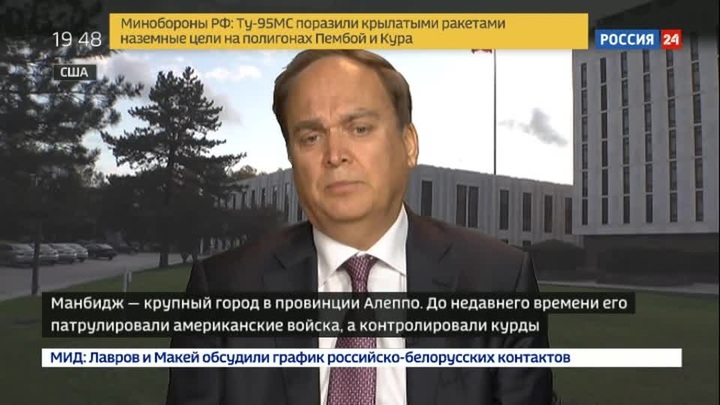 In an exclusive interview to Vesti, Ambassador Antonov brings up the recent visa controversy with the US State Department refusing to allow Russian diplomats entry to the UN HQ in New York.

- We know that the Secretary-General of the UN supported Russia in the situation when they banned our diplomats from entering the United States. Tell me, please, how did things unfold after that? Did your American colleagues discuss this topic in any way?

- The problem of issuing American visas for work on bilateral channels, as well as in the framework of the United Nations, is one of our embassy's top-priority tasks. I personally had several conversations at a very high level in the State Department, at the level of the United States Under Secretary of State. I told them that the Americans' actions towards the Russian delegation were unacceptable, towards Russian delegations that come to the United Nations. What happened to Mr. Sergey Lavrov's delegation is so unacceptable and so strange that I find it hard to describe this event in decent words. To be honest, I haven't even the slightest idea of what explanation there could be, what explanation the Americans could give as to why representatives of Russia can't come to international events. Why can't representatives come for bilateral exchanges? There have been quite enough disruptions of this kind. We insist on the restoration of normal, pragmatic work relations in this field between the United States and the Russian Federation. Without this, we'll find it very difficult to move forward. I'd like to make a joke. If our American friends find it hard to solve issues associated with receiving Russian representatives or representatives of any other states, perhaps we should help them? Maybe we should relocate a number of international events, conferences, and meetings to, let's say, Geneva, Vienna, or to other states? My own deep conviction is that the Russian Federation will be ready to host various forums, various conferences on its own territory. We have beautiful cities that are capable to host numerous delegations; one of them is Sochi.