Google Freezes Out Huawei! US Company Outmatched By New Tech, Runs to Politicians For Help! 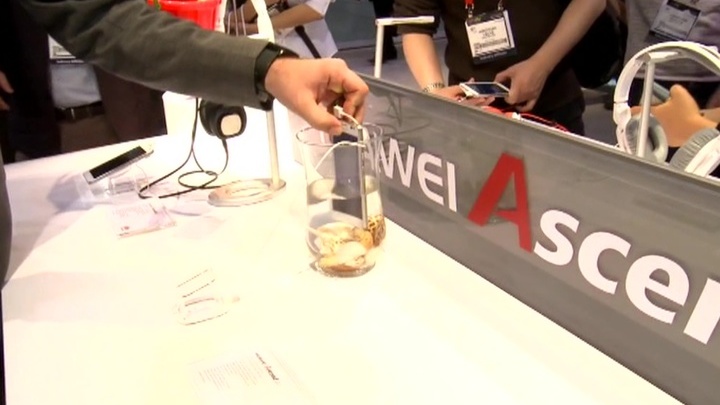 The American corporation Google is freezing its cooperation with the Chinese company Huawei. This is what the Reuters agency announced with reference to its sources. All of this is happening on the background of the U.S. authorities to add Huawei to the black list.

Ruslan Sleptsov reporting about the possible consequences of a new spiral of the trade war.

At first sight, it seems that the consequences are very serious. If Google actually halts its cooperation with Huawei, the Chinese company will lose access to updates of the Android operating system, which runs on its phones, along with access to such popular services as the Google Play app store and the Gmail mail service. This basically means that their phones' capabilities will be severely limited. At least, this is what the Americans want.

However, it's not that simple. Google may not just lose one of the top 3 phone manufacturing companies, it will also drastically impacts its reputation. How can you trust a partner who can turn contracts down if pressured by the authorities?

Andrey Masalovich, expert on cyber security: "Google is definitely no longer the wind but a weathercock. I mean, Google doesn't seem to pursue its own goal here but the one enforced upon it. For Huawei, it's a sort of an endurance test. Because Huawei is a sort of a shield for the Chinese front-line cohort".

The Google Corporation's decision is connected to the trade war the USA has waged against China. First, Donald Trump signed a decree on the introduction of the state of emergency for cyber protection against foreign threats. Then, the U.S. Department of Commerce added the Huawei company to the black list.

Donald Trump: "We're having a little squabble with China because they've been treating us very unfairly for a number of decades. Each year, we were losing from $300 to $500 billion in our cooperation with China. We can't permit this. We've got a strong position".

According to some, Google's threat is just part of the pressure aimed at coercing China into granting trade concessions.

Andrey Masalovich, expert on cyber security: "If it's a part of the applied pressure, it's a very silly one. If you've ever worked with the Chinese you know that they can seemingly surrender, but they will never actually give up their interests even in the slightest bit. Moreover, unlike anyone else, they have a very clear idea of these interests for many years to come".

However, China has the means to respond. The Celestial Empire's MFA promised to protect the Huawei's affiliates abroad. As for the company itself, it declared that the USA's losses would be greater in this case. They'll find it more difficult to develop 5G technologies where China is on the front line. Europe, by the way, is refusing to support the USA's new sanctions. As for the Google Corporation's potential bans, Huawei declared back in March that they have created their own operating system they've been developing ever since November 2018, with the possibility of American sanctions in mind. It's possible, however, that such radical measures won't follow. Another round of negotiations between Washington and Beijing is scheduled for July.