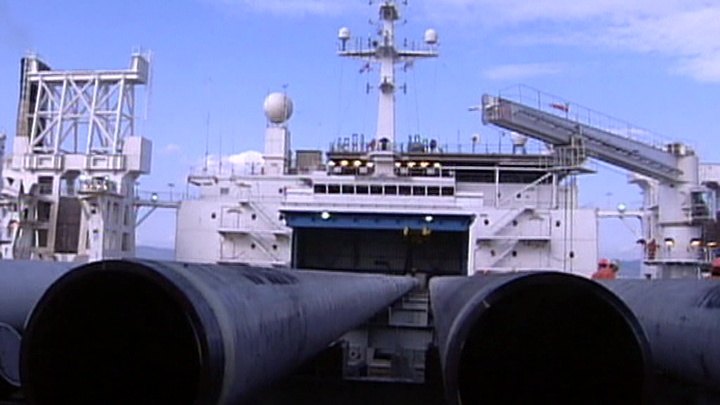 Russia and Bulgaria began construction of the Balkan Stream gas pipeline. This became the title of the pipeline from Turkey to Southeast Europe.

This is Alexandra Derevyanko on the large-scale project.

After six months of delays, Bulgaria begins the construction of its part of the gas pipeline, through which Russian gas will go from the Turkish border to the countries of Southeast Europe. The European part of the pipeline has a new name now.

Boyko Borisov, Prime Minister of Bulgaria: "We are signing this agreement, and today we'll officially introduce the new name — Balkan Stream because both Serbia and Bulgaria belong to the Balkans. Therefore, this will be the name of the project".

For Bulgaria, Balkan Stream is an opportunity to maintain its position as an energy hub in Southeast Europe. It's also a certain revenge to its own past. Four years ago, the Bulgarian government refused to participate in the Russian gas project. It regrets it now.

Georgi Minchev, Chairman of the Bulgarian-Russian Chamber of Commerce and Industry: "This is a tug of war. The routes of energy projects will determine the chain of supplies, the location of production, certain research, and applied science activities. Therefore, the competition is very high. But in this competition, Bulgaria turned out to be playing the role of an occasional victim".

They promise to build 308 kilometers (190 miles) of the gas pipeline in record time — by 2020. There'll be 1.4 billion euros of investments. The main contractor for the project is the Italian-Saudi consortium Arkad, but the pipes will be Russian-made. Russian companies will also receive contracts for infrastructure construction.

Denis Manturov, Minister of Industry and Trade: "Equipment supply is our primary competence. In particular, speaking of the main product, the supply of tubular goods from Russia. This is a fairly large amount, given that we already plan to deliver some of the pipes, for example. We expect that the pipes produced will be in demand".

The first cubic meters of gas will travel to Bulgaria in six months.