Where Do the Jokes End and the Policies Begin? Zelensky Says His Election Promises Weren’t Serious! 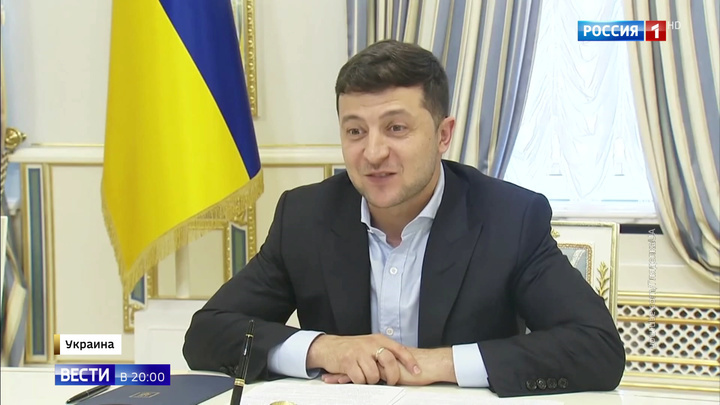 President Zelensky's administration had to apologize for calling his election promises to reduce utility tariffs "just jokes". But actually, not only the words but also the actions of the new Ukrainian government increasingly resemble the previous one.

Nikolai Vasilyev has the details.

Zelensky is clearly trying to conciliate the president of the European Bank. It's a casual meeting, but a billion euros are at stake. It's twice as much as the EBRD is planning to allocate to Ukraine this year.

Vladimir Zelensky, Ukrainian President: "Thanks for coming and being the biggest investor in Ukraine".

Zelensky held a similar meeting with the IMF representatives and assured them that he'd respect the agreements, including those that make heating, electricity and water utility tariffs soar. Zelensky was very concerned about it before the election.

Vladimir Zelensky: "It starts with T and screws us up. Right. It's the utility tariffs".

They believed Zelensky because one in three Ukrainians can't pay utility bills, jokes aside. But the candidate turns out not to be serious when speaking about exorbitant tariffs.

Andrei Gerus, Ukrainian President's representative to the government: "Zelensky joked about high tariffs. But he did not give direct promises. Of course, people see his hints on what they want to get."

It's about reducing gas tariffs, that all utility bills rest on, that Ukrainian politicians Viktor Medvedchuk and Yury Boyko are trying to negotiate. Both the previous and current administrations don't like it.

Yulia Mendel, Ukrainian president's press secretary: "We were surprised that the Prosecutor General didn't react to the fact that Boyko and Medvedchuk had already gone twice to the aggressor country and met with its leaders".

At the St. Petersburg Economic Forum, Gazprom confirmed that it could sell gas to Ukraine 25% cheaper, but Kiev keeps ignoring the offers.

Viktor Medvedchuk, Opposition Platform — For Life: "Yesterday, there was an SBU message that they had initiated a case concerning the trip of Boyko and Medvedchuk, and so on. A case? An investigation? Did we commit a crime? We want to reduce gas tariffs for people by 25%! For our people!"

Zelensky’s team is now focused on the snap elections to the Verkhovnaya Rada. It’s very important not to lose approval ratings until the vote on July 21. But on July 1, Ukrainians will see utility tariffs rise again.