Huawei About to Absolutely Blow Out the Competition! Trump Promises New Emergency Tariffs! 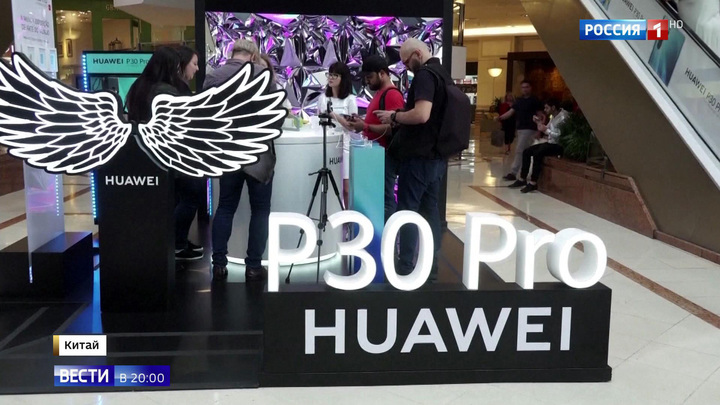 The U.S. president promised to impose new tariffs against China if the Chinese president doesn't come to the G20 summit in Japan in June where Trump hopes to sign a trade deal. Instead of a response by Xi Jinping, Beijing prepared a blacklist of foreign IT companies.

This is a case when you can postpone war but never lunch. The main rule of any Chinese is unbreakable even when there's the word "American" in the name of the restaurant and Texan burgers on the menu.

American IT corporations will soon feel China's big appetite. The National Development and Reform Commission of China introduces them into its menu of unreliable partners; Intel, Qualcomm, Microsoft, and Samsung. This isn't the full list of the companies which China can cut off from its technology and markets. Beijing calls it an issue of national security and mentions the U.S. Secretary of State.

Geng Shuang, Spokesman for the Chinese Ministry of Foreign Affairs: "Wherever Secretary of State Pompeo goes these days, he talks about China everywhere. But all of his statements are nothing but lies. Take the situation with Huawei. The U.S. claims that Huawei and other Chinese enterprises pose a so-called security threat. But American officials haven't presented any convincing evidence of it".

The Chinese leader doesn't comment on the Americans' attacks. It makes Trump, who decided to turn against French wines, raising tariffs on them as well, restless.

- Will the absence of Xi Jinping at the G20 summit insult you?

It came to that he promised to impose tariffs on the rest of China's exports if his meeting with Xi at the G20 isn't held according to his scenario.

Steven Mnuchin, Secretary of the Treasury: "The president will make a decision after the meeting. We're ready to move forward on the conditions that we proposed if China intends to sign a deal. If China doesn't, President Trump will only be happy to impose tariffs".

Meanwhile, those in the White House begin to doubt the soundness of the president's actions. The Wall Street Journal published abstracts of a letter by a high-ranking employee in the administration. And Google, the first corporation whose arms Trump twisted, also doubts his actions.

"Google warned Trump's administration about the risks which the restrictions on Huawei's activities create for the national security of the U.S. and also asked to relieve the corporation from the consequences of the current restrictions".

Huawei held a presentation of a new AI system today. They also keep promoting 5G technology without any foreign participation. This is what the Chinese officials warned about by publishing their white book about the danger of protectionism for the American White House.

This is a bench in one of the most popular shopping boroughs is like an illustration for the white book by the Chinese State Council. China still waits for the U.S. to sit next to it and renew the negotiations. If it refuses or doesn't want to, the retaliatory blow will be rapid.

Alexander Balitsky for Vesti from China.