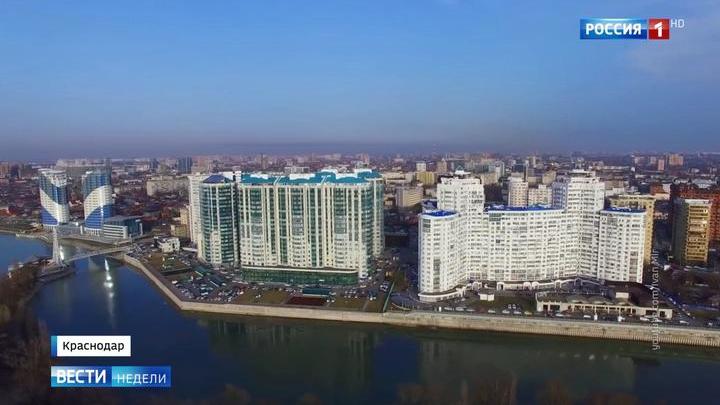 This Wednesday, when Krasnodar celebrated its 225th anniversary it was announced that the city is now officially a million-plus population city There are now 16 of them in Russia. Great news, especially against the background of the demographic difficulties that Russia is experiencing.

Dmitry Kaistro with the details about the capital of Kuban, its current life, and future.

The city was racing towards the million-plus status increasing its population by 100,000 per year. Now, it's the southern-most million-plus city in Russia. An ordinary Krasnodar school #66 broke the Russian record for the number of first-graders.

Oksana Grushko, principal: "We have 23 first grade classes, it's about 800 students. They come from different regions, for example, Khabarovsk Krai, Omsk, Chelyabinsk, and Moscow Oblast".

Technically, almost 1,300,000 citizens live in Krasnodar. The birth rate is high in Krasnodar; it exceeded the death rate long ago. The dynamics are mainly positive thanks to those who decide to move here like Vitaly Kussiy from Novokuznetsk Together with his wife, he opened three child development centers in Krasnodar.

Vitaly Kussiy: "Over the last eight years, many of my friends, whom I worked or studied with, came here".

"We liked the city because it's green, the air's fresh, the sea's nearby".

People also move to Krasnodar because it's close to the Black Sea resorts A two-hour ride on a high-speed Lastochka takes you to the alluring beach. where you can bathe and sunbathe.

Andrey Matyukha came here from Philadelphia. He opened two restaurants believing that Krasnodar is ready for high cuisine and his Michelin-tier gastronomic masterpieces.

Andrey Matyukha, restaurant owner: "People from all over Russia come here, from St. Petersburg to Crimea. People are getting more interested in coming to Kuban".

"We register couples from all over the world. Our latest victory was last week when an Australian bride married our Kuban Cossack".

Couples come from all over Russia. Here's a couple from Adygea.

Veniamin Kondratyev, governor: "We're ready to create an environment where everybody who wants to be a permanent resident of Krasnodar Krai, can. We must create new infrastructure projects, industrial territories, and agro-industrial clusters. They must appear. I'd like to emphasize that first of all, those who come here, help us. They are tiny locomotives of something new and innovative".

One of the major economic nodes of Russia, Krasnodar has been rated the best Russian city for business three times according to the Forbes. There are 130 industrial facilities here employing a third of the city's working population. One of the largest farming machinery plants in Europe was opened in Krasnodar in 2005 by investors from Germany. Now, it's the biggest employer in the city.

Ralph Bendisch, owner: "We actually benefit from the new status of Krasnodar. We helped the city acquire it. The presence of our company attracted new workers from 120 Russian cities".

Agriculture is still the base of the city's economy. Many people come here to farm the fertile land where virtually everything can grow. That's why the markets and shopping streets of Krasnodar are so lavish.

Another farmer, Vladimir Antropov, has gathered 20 tons of strawberries from his 12 acres of land over the last 9 months.

Krasnodar claims to be one of the sports capitals of Russia. Both professional and amateur sports are being developed here.

"The climate allows us to develop many kinds of sports and come here to train".

Students from all over Russia study at the Cossack School. The Cossack police the city and organize spectacular demonstrations on the central square on weekends.

- We accept any Russian citizen aged 18 and older.

- So you accept people from Siberia and the Urals?

Over the last few years, entire districts grew in the capital of Kuban. The population, the new citizens of Krasnodar, are deeply in love with the city.

Alexander Batyrnev: “First, we came here temporarily. We checked out the city and thought to ourselves: "Damn, we could live here." So we decided to stay".

The city illuminated by neon lights at night becomes indistinguishable from the world capitals. From Friday evening till the end of the weekend the central Krasnaya Street is closed to cars becoming a giant pedestrian area with cafes, restaurants, and people walking around until the early hours. A girl with the eyes of the bluest of ices melts in machine gun fire.