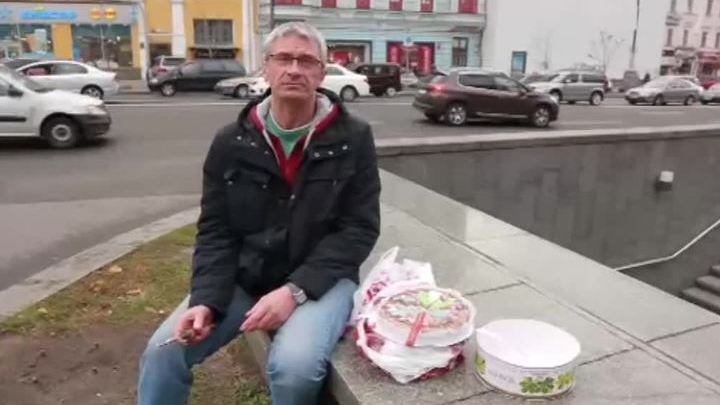 So far, nothing has been heard from NTV correspondent Vyacheslav Nemyshev, who was detained in Kiev. In the evening, Ukrainian security services handed the journalist over to police for an alleged criminal offense.

- Yes! Police! We suspect them to be Russian journalists, filming with a hidden camera. There are two of them.

Police have reported that the journalists had accreditation from the Donetsk People's Republic. Vyacheslav Nemyshev was sent to Kiev by his editorial staff.

The correspondent was arrested after he "cut a famous Kiev cake with a table-knife" while filming a story.

The Ukrainian security service website reported a few minutes ago that the journalist had already been expelled from Ukrainian territory and banned from entering the country for 3 years. Now we're waiting for this information to be confirmed.

Note that this wasn't the first arrest of a journalist in recent days. In August, Channel One reporter Anna Kurbatova was expelled from the country. Prior to that, VGTRK correspondents Tamara Mirsisyan and Maria Savushkina had been deported.