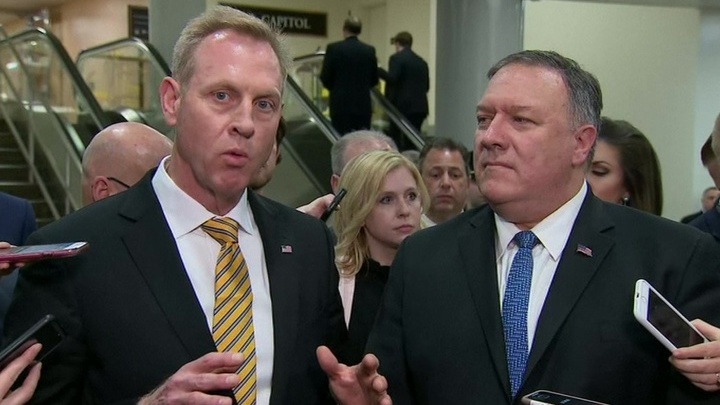 The U.S. isn't going to fight Iran says the acting chief of the Pentagon, Patrick Shanahan, after a closed briefing at the U.S. Congress. They were discussing the possible threat posed by Iran and the deterrence of the Iranian forces. Shanahan stated that Washington will protect its interests in the Middle East.

Patrick Shanahan, Acting U.S. Secretary of Defense: "At this point, our main objective is to prevent miscalculations by Iran. We don't want an escalation. We're talking about deterrence here, not war. We're not going to wage a war. We're going to continue defending our interests in the Middle East and carrying out the missions that we're supposed to carry out".

Previously, Donald Trump expressed his confidence that under such heavy pressure exerted by the U.S. Iran would soon want to talk. Tehran responded that despite the fact that they support the general idea of talks, it would be diplomatically wrong to resort to them in the current circumstances. Moreover, according to President of Iran Hassan Rouhani, Tehran is ready to launch a series of new projects, despite the sanctions of the White House.

Hassan Rouhani, President of Iran: "Our actions are nothing but a resolute response to those who believe they can bend the Iranian nation. The Iranian nation will never bow its head that we always hold high. We resolutely respond to the White House's attempts to break us. We're launching a series of projects in the face of the difficulties that we're facing in addition to the sanctions regime".