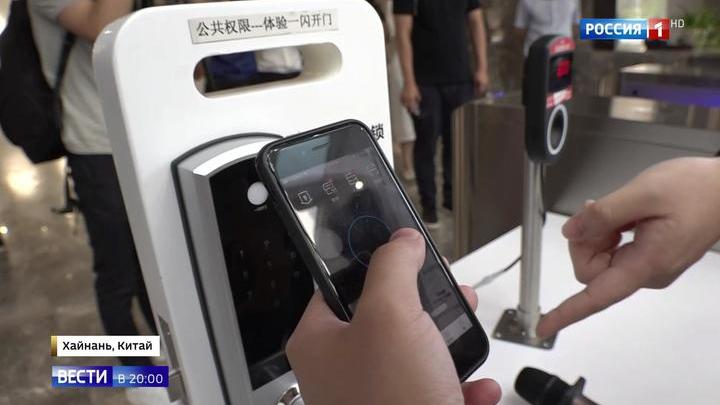 Britain and Japan have joined the US trade war with Huawei. A British cell phone carrier canceled its pre-order for the latest smart-phones. Softbank and DoCoMo, Japan's biggest cell phone carriers, have placed contracts with the Chinese company on hold. In return, China recalled the ambassadors of peace — pandas — from the USA. The presence of pandas in a foreign country is a symbol of a high level of trust.

Alexander Balitsky is reporting on what China's further response to the USA will be and what will really hurt American companies.

Xi Jinping's visit to the Ground Forces Academy was well timed. It was an impressive illustration of China's readiness to counter any threat. The destination of the first tour since the escalation of the trade war is quite symbolic. It was here, in the Jiangxi province, that the Chinese Red Army started its great campaign.

Xi Jinping, Chinese President: "We won't forget the goals and values of the Revolution, our ancestors, fallen heroes, and the older generation".

He didn't mention the trade war but announced another great campaign. And then he moved on to the rare-earth metal plant, which only raised concerns over whether China, which accumulates up to 90% of the world's deposits of these elements, is going to play its trump card in the trade war.

"The visit "sends a warning signal to the U.S. that China may use rare earths as a retaliation measure as the trade war heats up".

This would be an epic disaster for America's hi-tech industries, affecting everything from iPhones to electric cars, from jet engines to satellites. The Pentagon is one of the major customers. Missiles can't fly without Chinese components. Not to mention Elon Musk with his extraterrestrial ambitions. Perhaps, this made Japanese Panasonic change its mind. First, it joined the sanctions against Huawei like all the American hi-tech companies. Then, it made a U-turn, announcing that the restrictions would only affect a few items. But British ARM is still threatening not to sell CPUs to Huawei.

Lu Kang, Chinese Foreign Ministry Spokesperson: "As the US wantonly wields the big stick of tariffs, at the end of the day, innocent American consumers and companies are the ones who'll take the brunt of it. So, we hope that the US government will listen to the voice of reason coming from their own country".

American businesses hardly share the opinion of the White House. It's obvious, judging by the American clothes retailers in China. Having closed about 100 shops in the USA, this brand turned to China, opening 11 outlets over the past month, and it's planning to launch 29 more by the end of the year.

The showdown between the world's two biggest economies didn't downplay China's potential for foreign investors. According to China Radio International, capital inflows from South Korea and Germany have increased by more than 100%, and even from the United States by a quarter. One of China's special economic zones, Hainan Province, was mentioned as an example. Here, foreign investments have grown twenty-fold since the beginning of the year.

Inna Salova, Chief Advisor for the International Business Incubator: “Upon your arrival in Hainan, you'll only need a passport to register your company here. New investment funds are being created for companies which arrive here, for foreign startups specifically.”

The business incubator embraces all foreign startuppers, including those from the USA. The world's top companies are represented. This IT company, for example, is working to upgrade NFC technology to protect data during a contactless payment.

Xu Janpen, Deputy CEO: "There's an infrared flash which hackers will never read and, consequently, won't get to an e-wallet or a key".

The project was already patented in America. It didn't raise any questions about safety or vulnerability. Again, it only shows that the White House plays the spy hysteria card as a means to apply pressure before the next round of trade talks. It also resorts to technological blackmailing to apply additional pressure. It's a signal to the world that everyone should prioritize developing their own technology and their own operating systems in advance.