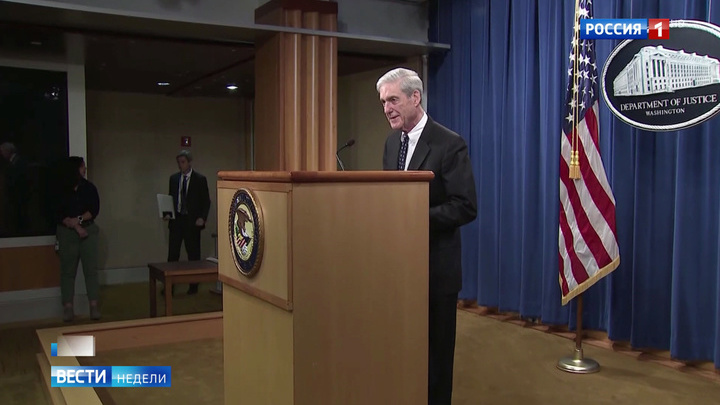 On Wednesday, the Director of the Defense Intelligence Agency, lieutenant general Robert Ashley, accused Russia of violating the nuclear testing moratorium. It was a wild guess without any evidence.

Robert Ashley, Director of the Defense Intelligence Agency: "The United States believes that Russia is probably not adhering to its nuclear testing moratorium in a manner consistent with the 'zero-yield' standard. Our understanding of nuclear weapon development leads us to believe that Russia's testing activities would help it to improve its nuclear weapons capabilities".

The General just can't grasp how technically smart the developers of Russian weapons are. He believes that such a result can't be achieved without testing. But this conviction only stems from the fact that the USA is losing the race of both peaceful and military atomic technologies. Anyway, the American general accused Russia of violating the Comprehensive Nuclear-Test-Ban Treaty. The Russian Foreign Ministry immediately stated that the Russian Federation has respected both the treaty and the moratorium on nuclear tests since 1991.

Sergey Lavrov, Russian Foreign Minister: "As for the statement about Russia allegedly conducting nuclear tests, such a crackpot idea has already been dismissed by the representatives of the Comprehensive Nuclear-Test-Ban Treaty Organization and respectable high-profile experts in the United States. Probably, they had to come up with something new after a Russian-speaking woman in Ibiza turned out to be Bosnian".

Anyways, American media jumped at the topic. A year and a half is left before presidential elections. After the failure of the investigation by the Prosecutor General Mueller about the alleged Russian interference in the American elections and Trump's alleged collusion with Russia, anti-Russian hysteria must be fueled somehow. Or maybe it’s much simpler: the US itself wants to withdraw from the Comprehensive Nuclear-Test-Ban Treaty, clearing the way for blatant nuclear testing. Obviously, the best way to begin is to accuse Russia.