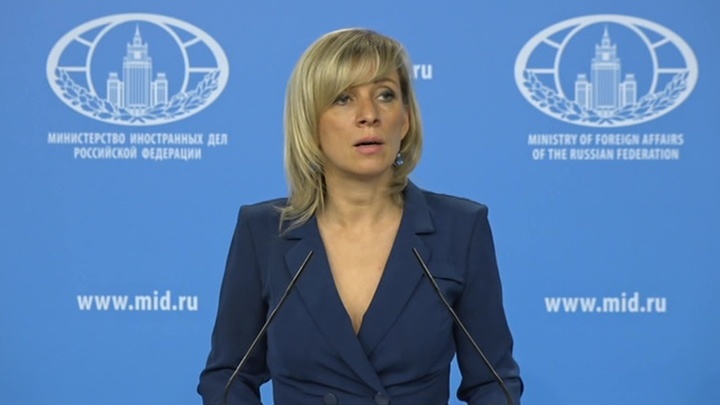 Maria Zakharova, Spokeswoman for the Foreign Ministry: "The developments in Libya are a matter of serious concern. The opposing coalitions, formed around the Government of National Accord, led by Prime Minister Sarraj, and the Libyan National Army, under the command of Haftar, continue to rely on a military solution to the conflict between them. This is facilitated by both camps being generously supplied with weapons and military equipment that are apparently smuggled into Libya, bypassing the UN embargo. As a result, the death toll is already in the hundreds, the number of wounded in the thousands, and the number of internally displaced persons is in the tens of thousands.

The urban infrastructure of the Libyan capital is also being destroyed. Recently, unidentified gunmen cut off the water supply in Tripoli. Humanitarian organizations are sounding the alarm.

The Special Representative of the UN Secretary General for Libya, whose mediation efforts we fully support, has warned that the country is on the verge of a major civil war with dramatic consequences not only for Libya, but also for the entire region. This is what we have been talking about for several years.

Amid the bloody civil strife in Libya, terrorist groups are also raising their heads. They have become active in the west and south of the country, making criminal forays against LNA troops and oil and gas facility guards.

We reaffirm our principled position in favor of the cessation of hostilities and the launch of an intra-Libyan political process under the auspices of the UN with the ultimate goal of establishing unified sovereign state institutions capable of reinstating peace and prosperity in Libya. At the same time, Russia is ready to continue to provide the necessary assistance while interacting with the international parties concerned".