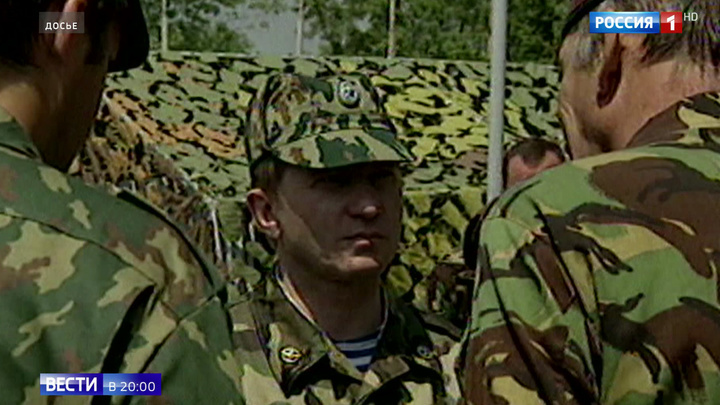 20 years ago, Russian paratroopers made a 600-kilometer march from Bosnia to Pristina, taking the Slatina airport shortly before NATO troops were deployed there. The operation came as a complete surprise to NATO and allowed Moscow to deploy its peacekeepers in the north of Kosovo. On June 12, the province celebrated two events. While the authorities of the breakaway republic were honoring Bill Clinton and Madeleine Albright, Serbian enclaves were recalling how they met the Russian convoy.

This road to the town of Ugljevik, Bosnia and Herzegovina, saw a column of Russian equipment. Armored vehicles and trucks started at 5 am. They had to cover more than 370 miles to reach Pristina. Nobody expected that. 15 armored vehicles and 35 Ural trucks were moving southward with lightning speed from Ugljevik via Belgrade, Niš, then through the mountains to Pristina.

When they reached the Kosovo region, people literally didn't let the vehicles pass. Exhausted by NATO bombing and the Albanian terrorists of the UÇK, Serbs greeted Russian paratroopers with flowers and gifts. The Yugoslav army greeted the Russian military, too. Its units were moving in the opposite direction.

Viktor Zavarzin, led the march to Pristina in 1999: "They went out, we were standing there, they saw me, a Russian general in uniform. They all raised their hands, shouting: "Brothers! Bratuski!"

The reposition of British units for ground operations was to begin on June 12. But the Russian military was 4 hours ahead of NATO. The flags of Russia and the Airborne Forces were raised at the airport. When the British armored column arrived, the US general, commanding NATO forces, Wesley Clark, ordered to take the airport. British General Jackson answered that he didn't want to start a Third World War.

Novica Kostić, communications technician of the Pristina airport: "I was the first Serbian soldier to meet Russian paratroopers".

Novica Kostić was a communications technician at the airport 20 years ago.

Novica Kostić: "When we saw the Russians, it was like a liberation. Slatina Airport is of great importance. There are radars on a mountain nearby, with them one can control the sky over all the Balkans".

A few days before the march, a group of GRU special forces led by Major Yunus-bek Yevkurov is sent to the airport.

Yunus-bek Yevkurov, Head of Ingushetia: "Our battalion was together with the peacekeepers, including the United States of America, NATO. They didn’t just come from a temporary deployment center where they were located separately. Americans tracked the daily routine and schedule of our units, studying the life of our military. But they managed to get out of there just under their nose".

Slatina Airfield is now Pristina International Airport. But it doesn't receive only civilian aircraft. This is the only airport in Kosovo, which is suitable for a reposition of large groups of ground forces to the region. It's especially important today as foreign guests are arriving: Bill Clinton, Madeleine Albright, Wesley Clark. Pristina widely celebrates the 20th anniversary of the deployment of international security forces.

Vladimir Lazarević, commander of the Pristina Corps of the Yugoslav Army in 1999: "The criminal arrives at the crime scene. They have no shame. None of them has taken responsibility for the crimes committed against the Serbian people".

Russian peacekeepers were in Kosovo until 2003. But even after the last echelon left, it's impossible to solve conflicts in the Balkans without taking into account Russia's opinion.

Darya Grigorova and Anton Chagaev for Vesti from Pristina.