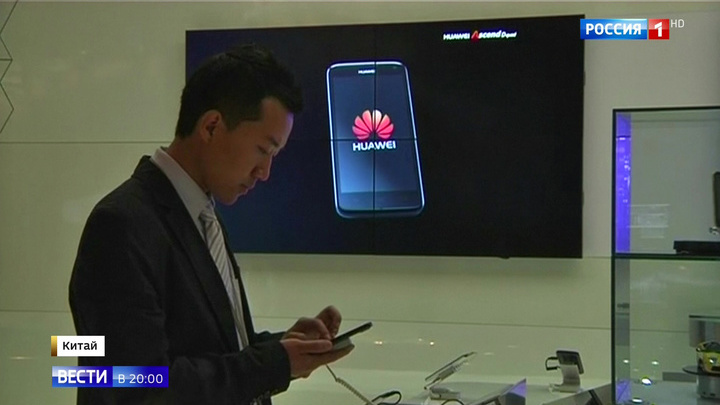 Washington deals Beijing a blow. American companies massively suspend their cooperation with one of the biggest smartphone producers in the world — the Huawei company. Google was the first to do it. There won't be such services as email, app store, and the Android operating system, first and foremost, in new Huawei phones. What threat does it pose to the Chinese economy and smartphone owners in Russia as well?

The news that Google isn't okay with Huawei anymore caused a stir among millions of smartphone users all over the world. After all, the fact that the American corporation refuses to work with the Chinese IT giant involves the Android operating system. In China, Google services don't practically work, well, except for Google Translator. All other services can be used only via VPN. In this sense, China is very self-sufficient. Others will have to get used to it. Gmail, YouTube, Google Play apps won't work on new models. They'll continue to work on the old ones. But it won't be possible to update them. It also applies to Russia, where one in four smartphones is made by Huawei, according to sales data.

Andrew Sui, Vice-President of Huawei Consumer Business Group: "Huawei will continue to provide updates for security systems and after-sales service for all of the existing smartphones and tablets by Huawei and Honor which are already being used or in stock in the global market. We'll continue to develop a safe and sustainable program system".

Google's decision was clearly imposed by Trump. The corporation most obviously obliged. This is an element of pressure in the trade and technology war to make Beijing give in before another round of negotiations.

Donald Trump: "Everybody knows that China steals from the U.S. and other countries. Soon, we'll change it, you'll see".

But it's the U.S. and its producers that loses $11 billion so far. It's the share of component parts supplied by American producers that Huawei purchased every year. They were mainly chips for smartphones and telecommunications systems. According to the American press, the Chinese IT giant has enough microchips, which were already imported from the U.S., for about three months. But Huawei didn't conceal the fact that they've recently been developing their own chips.

Ren Zhengfei, Huawei CEO: "The ban on exporting Huawei equipment to the U.S. will slow down but won't stop its development. Huawei will continue to develop its own chips to abate the influence of the ban on supplies of American technology and equipment".

The Japanese press began to circulate that idea. The new American attack in the trade war serves the Chinese interests and fosters import-substitution. But Huawei produces not only smartphones. By the way, they didn't really want to sell them in the U.S. The Chinese corporation with a capital of $109 billion is the world leader in the new-generation 5G network technology where the data-transfer rate reaches 20 Gbps. But the U.S. doesn't want to share this hi-tech market with China, although these Chinese Internet cables are laid along the bottom of the Atlantic Ocean.

The Chinese MFA called upon Huawei to assert its rights in court.

Lu Kang, Spokesperson of the Chinese MFA: "The U.S. supposes that others are driven by the same motives as it is. It's trying to spread rumors and destroy other countries' enterprises. European studies proved Huawei's innocence".

No matter how hard Washington tried to persuade the EU to refuse to work with China, the Old World didn't surrender, except for Denmark and Sweden. But it's clear, they want to develop Sweden's Ericsson. But French President Macron and British Prime Minister May already stated that they don't think that it's improper to develop 5G together. Germans are pragmatic.

Angela Merkel, Chancellor of Germany: 2In my opinion, we found a good solution as to companies participating in switching to 5G. There are security criteria. They're formulated in a general form. Based on them, we'll take decisions for certain participants".

Following Google, another four American companies suspend supplies of their developments and software to the Chinese IT giant. There Intel is among them. But Huawei proudly states that they'll manage this themselves. In November, anticipating sanctions, they began to develop its analog of the operating system.