Litovkin - Weapons Expert: S-300 is No Laughing Matter, It WILL End Air Raids Over Syria 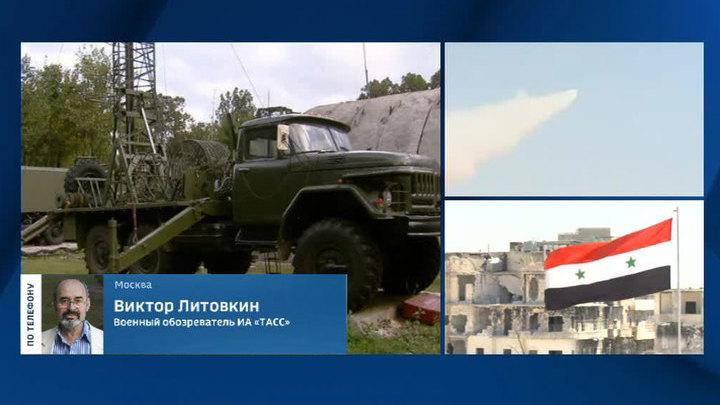 We continue discussing the topic. A TASS military analyst Victor Litovkin is now joining us.

- Let's sort things out, to begin with. First of all, what does Syria have as air defense assets? And what is the fundamental difference between the S-200 and the S-300?

- Well, Syria has quite a developed air defense system — from the Pantsir-S1 to the S-200 complex, there are the S-125 complexes, the Buk-M2 complexes. And there are also other complexes, which accompany the ground troops. For example, the OSA-AKM and others. The fundamental difference is the S-300 is effective against any aircraft, from ballistic and cruise missiles to any planes, even those equipped with stealth technology. So-called "low observable aircraft". Moreover, it's capable of working against the aircraft, which are equipped with electronic warfare systems.

So, this is a fearsome weapon, an effective weapon with an accuracy index of 0.9, which means almost 1 missile per target. There's no other air defense system in the world with such performance. Even the American Patriot systems don't have such capabilities. We know the Patriot couldn't take down even the old Iraqi missiles. When Saudi Arabia is now attacked from Yemen with old missiles, like the Tochka or the Luna, they can't take down all of them. The S-300 can hit any aircraft like a bullseye.

Besides, the Minister of Defense said we would turn on the electronic suppression of satellite system. It means we'll be able to suppress satellite and navigation equipment, which help aircraft of other countries aim and find the targets they are assigned for. I think this all will help to protect both our interests in Syria and the Syrian territory. Israel shouldn't think of itself as of a unique country that can make decisions against a sovereign state if it appears to it that somebody threatens it. Even if there's a threat, preventive strikes should be grounded not only with the fact that they have some kind of suspicions. No other country, except for the USA maybe, isn't known for such actions. Well, there are some NATO members which strike sovereign states and bear no responsibility for that. But now, Israel will have to bear responsibility before the Russian air defense system if it dares to strike the Syrian territory or the facilities where Russian citizens reside at.

- Victor Nikolaevich, the final question — can the Russian suppression system suppress any foreign communication channels? In the areas adjacent to Syria over the waters of the Mediterranean Sea, the satellite navigation, airborne radars, and the like will be suppressed. What shall we do with the communication channels?

- I don't think all communication channels can be suppressed. But many of them will be. I see.

- Thank you, Victor Nikolaevich. Once again, we were talking to a TASS military analyst, Victor Litovkin.