Ekaterinburg Prepares to Host FIFA World Cup and Then...Possible the World EXPO for 2025? 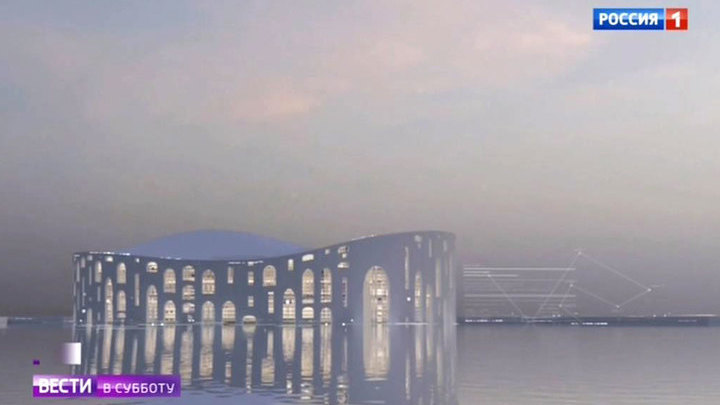 We haven't really covered Ural today, and we should. This summer, Ekaterinburg will host the FIFA World Cup. But, at the same time, they want to host another global forum, the World EXPO. The expo will only take place in the distant 2025 but they stopped accepting applications from the architects this week.

Our correspondent, Kirill Bortnikov, reports about the new Ural.

One of the traditional Latin-American jazz nights. Plenty of Ekaterinburg residents appreciate this music. But, even in this chamber ambiance, they can't avoid discussing such a global event, Ekaterinburg's chances to host World EXPO-2025.

"I think it's valid, hosting such hi-tech forums in Ekaterinburg".

Ekaterinburg has something to show. It's the unofficial 3rd capital of Russia, with Moscow's ambitions and St. Petersburg's spirit. It has 1,5M residents. It's a huge metropolis with the country's northernmost skyscrapers. It's an industrial and a scientific center. The FIFA World Cup will be held here, but it's not enough for Ekaterinburg. They're ready to make a name for themselves on the world stage. For that, they will build a modern, smart city from scratch.

Mikhail Vyatkin, Russia's honored architect: "You can see our city's largest reservoir, the Iset Pond. The city still hasn't expanded to its shore".

This is where EXPO City will be located, 555 hectares of land. Exhibition pavilions, science, and cultural centers, lodging for exhibition's participants and guests from 140 countries.

During an investment forum in Sochi, Smart City's potential design was presented. This is a unique project, not just for the exhibition.

Mikhail Vyatkin: "After the exhibition, we'll use these pavilions for our city's purposes. We'll turn it into more than just a residential area. This will be a new, community business center".

But, why should Ekaterinburg become the world's capital for the newest technologies and achievements? The advances are also in its geographical location. Europe and Asia are both just a stone's throw away. Ekaterinburg is located on the border of two continents but the border doesn't divide, but unites different civilizations and their cultures.

Chao Jiang talks about two nations, two countries, and two cultures, while making dumplings, a traditionally Chinese dish that made its way to the Urals. He's lived in Ekaterinburg for 6 years, he attracts Chinese investors to the Urals.

Chao Jiang, Project Head of Central Ural Development Corp.: "Ekaterinburg is a great choice for them. The logistics are convenient, with regular flights between Ekaterinburg and Chinese cities. In spite of the cold weather, the people are warm here".

Investors from China and other places have already come to the Sverdlovsk Region. The Ural holds leading positions in timber and chemical industries, oil and gas processing, metallurgy, among others.

4 tons of mayonnaise a day, that's almost 137,000 tons a year. Ekaterinburg is unanimously called "the mayonnaise capital." There's even a legend that the city is in the Guinness Book of Records for mayonnaise consumption per capita. Of course, there is no such statistics, but the Ural mayo in blue jars is well-known and loved far beyond Ekaterinburg.

Here's another unique enterprise, the Beryozovky Mine. Gold has been mined here for almost 3 centuries, about half a ton each year.

Aleksandr Tretyakov, GM of Beryozovsky Mine: "They don't use the underground mining method anywhere in the world, if gold content is 2 grams per ton, like it is in our case".

A candidate or the upcoming exhibition's good luck charm is a huge 1.5 kg emerald largest of the past decade, found at the only Russian resource location, in Sverdlovsk Region.

They're already contemplating the design concept for a new international terminal for the Koltsovo Airport. The World EXPO will attract around 40,000,000 guests. The air harbor must provide comfortable accommodations.

Anton Shipulin, Olympic biathlon champion: "It'll be a meaningful event for Ekaterinburg. There will be new infrastructure developments, new investments for our region, we need EXPO-2025".

Will the Ural capital receive the same fame as Latin-American jazz, for instance? We'll find out this November.