What Have They Done With Maria Butina? American Treatment of Russian Prisoner Absolutely Appalling 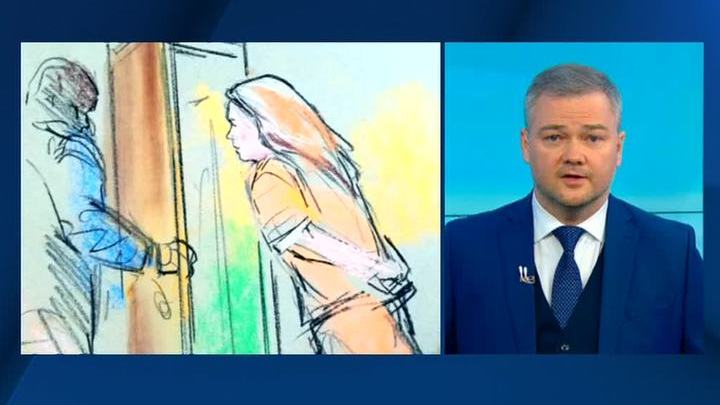 "She isn't making deals with anybody, whether there will be such a deal or not, she's not slandering anybody nor pleading guilty for a crime she didn't commit". This is a recent comment from Maria Butina's father, who is following the news that the American press has been discussing. For example, BBC has a quite bold formulation. They say that the Russian citizen is ready to publicly report that she together with an anonymous American #1 and operated in the USA under the direction of a Russian official. That'd mean that she took part in an anti-Washington plot. But the relatives have a different interpretation. She trusts her lawyers and is satisfied with the statement of the question, which will be expressed in a deal with the investigation. That means that nothing is that simple. Butina is not going to slander Moscow and herself. Even though people that keep her behind bars want that exactly. Tell the truth, they can make her. They need to figure out with what methods.

Evgeniy Tishkovets with the details.

- It happens so that with high pressure they break people, and that's not even a secret for anybody.

- Of course, Alexey. Butina, for instance, is deprived of sleep. And this, by the way, is one of the most sophisticated torture methods.

Maria Butina's father shared the details about her prison conditions in an Alexandria jail. She's been in a private cell for 8 days already, 22 hours per day. The square of the cell is 85 square feet. Instead of a real bed, she has a concrete and a trestle bed. They won't let her sleep. She may walk across the prison yard alone, from 2 to 4 am. The Russian was put in a punishment cell allegedly due to sharing the number of her lawyer with another prisoner.

Sleep deprivation is a method of psychological pressure that the CIA has been using for decades. The US Intelligence Committee’s report on the CIA’s working methods after 9/11 was recently published. Sleep deprivation is among them. Here's a quote: "at least five detainees experienced disturbing hallucinations". In at least two cases, the CIA kept up with the sleep deprivation. Here's what experts say about Maria Butina's detention conditions.

Ivan Melnikov, a UN human rights committee: "I want to draw attention to the convention against torture adopted in 1984 that says it's not allowed to deprive of sleep and to completely isolate a person, which is almost a torture as well. In this case, unfortunately, I have to admit that Maria is currently in torture conditions".

Long-term sleep deprivation is indeed an insidious form of torture, as it strikes at the deep biological functions underlying human mental and physical health. This is less obvious violence than cutting off a finger or beating someone up but it may be way more destructive and painful if taken to the extreme. During one study, British doctors tested the gene activity of volunteers who were deprived of sleep. It turned out that lack of sleep adversely affected the work of more than 700 genes. There are 6 sleep cycles, lasting from 90 to 120 minutes. If the physical recovery occurs in the first half of sleep, the psychological occurs in the second. That said, a normal adult should sleep seven hours per day and more. If sleep breaks up or lasts no more than five hours, this is considered to be a serious pathology.

It seems so that in Maria Butina's case, the prison administration acts purposefully, as the period from 2-4 a.m. is during the period of deep sleep, which is when a person recovers. They wouldn't let the Russian do so. No wonder the World Health Organization has included sleep in the main criteria of health. Dozens of studies have been conducted on the importance of sleep. Here are the results: a lack of sleep leads to weakening of the immune system, hallucinations, memory weakening, and a decrease in brain activity. Lack of sleep doubles the risks of having a stroke and increases by the risk of type 2 diabetes by six times. Let's hear the medics out.

Elena Tsareva, a sleep doctor: "At first, the body doesn't go through deep sleep, it stays in superficial sleep. That means that the quality of sleep goes down. It results in daytime sleepiness, decreased performance, loss of short-term memory, and most frequently, decreased immunity, and an increased risk of getting sick, with the flu for instance. In the long term, 3-5 years, there are risks of ontological and cardiovascular diseases".

- Thank you. Evgeny Tishkovets on how they break people in prisons.