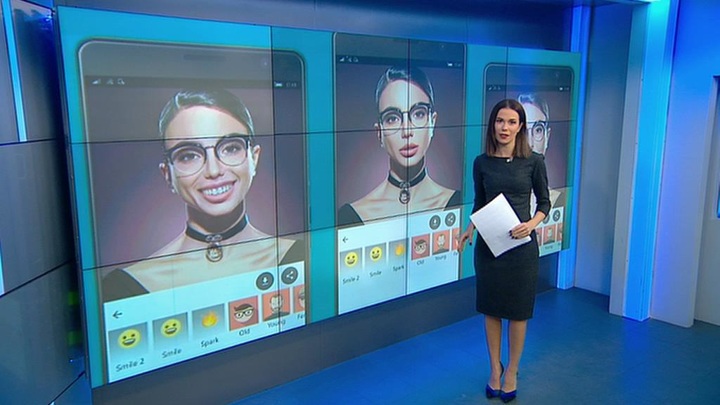 "It's impossible to insulate oneself from the internet, and we don't aim for this or intend to do this". This is what Presidential Press Secretary Dmitry Peskov commented today on the head of state's signing the law according to which, starting next July, Russian software is supposed to be pre-installed on any devices sold in Russian stores. The norms pertain to smartphones, computers, and smart TVs.

Their goal is, quote, "Limit the amount of abuse by large international companies." In other words, they are forcing their software upon foreign users without giving an alternative. In short, to quote Dmitry Peskov again, "They're standard counter-monopoly practices." Moreover, it's quite a timely measure, considering all the absurd attacks coming from overseas when it comes to Russian software. In particular, the Democrats have sent a letter to the US Federal Bureau of Investigations. They are asking, or rather, demanding, to check whether a Russian-made mobile application poses a threat to the electoral process.

Which application? Natalya Solovieva will tell us now.

- Good evening, Natalya. So, do they see personal data collection again where nothing of the sort happens?

- People who know which application we're talking about gave this news a laugh at best.

FaceApp is a threat to the upcoming elections in the USA. The FBI believes that the app which, among other things, makes faces look older, can be used for spying. Washington hints that it allegedly allows the Russian government to access users' data and use it to promote their interests. At the same time, they don't mention that the app only uploads the files that it's allowed to and doesn't store the information for more than two days.

Stanislav Antonov, SMM expert: "The app gives you a choice whether it's allowed to use information such as location services, contact data, or any other data. I mean, you can easily opt-out. And the app itself and its servers can't store such an enormous amount of information, so many photos. Therefore, it deletes them after a while".

Back in the summer of this year, the leader of the Democrats in the Senate, Chuck Schumer, demanded that the app be checked. In his own opinion, FaceApp poses a threat to US national security. It was he who addressed the FBI and the Federal Trade Commission.

"Well, the FBI just responded. And they told me that any app or product developed in Russia like FaceApp is a potential counterintelligence threat".

At the same time, the FBI turns a blind eye to American-made apps and services. Even though WhatsApp and Facebook raise more than enough issues concerning user data collection and storage.

Arseny Shcheltsyn, Digital Platforms Non-Profit Society: "The FBI actually uncovered their work scheme: they saw similar tools in FaceApp and supposed that FaceApp can be used to manipulate internal processes. Many American apps that operate in the Russian market, including operating systems, e-mail, other communication systems; all of them gather biometric data in the same way".

The Kremlin has reacted to the FBI's claims to Russian apps. They considered the American special services' claims to be an attempt to influence a competitive product. However, it will hardly prevent Russian companies' products from spreading.

In other words, it's just business and nothing personal. On the other hand, such actions agree well with the mainstream of American politics.

Dmitry Solonnikov, Institute for Modern State Development: "I think, first of all, the political context is used to conduct dirty business. They are trying to force Russian IT products out of the international market by painting a picture of Russia as the world's bad guy, as a country that's always scheming against sovereign democracies, that keeps trying to enter the free market in freedom-loving America in pursuit of its evil goals".

There might be another interested party in this story. The funds allocated to protect elections from cyberattacks are getting bigger. Last year, Congress approved $380 million for this purpose, according to Reuters. And the FBI's expenses were increased by over $300 million.

Stanislav Byshok, political analyst: "This gesture by the FBI can also be seen as a way to increase its funding and get more money for the US intelligence apparatus as a whole, particularly for expanding the monitoring of internet activity, tracking which apps people use, etc; everything done 'for the benefit of the American people,' I'm sure".

In such a context, what does an aging application mean? It's just a one-time bit of fun. On the other hand, we can endlessly watch America's special services spend astronomical amounts to fight some mythical interference in the sovereign nation's affairs.

- That was Natalya Solovieva on the topic of obsessions.