Game-Changer! New HYPERSONIC Missile System Means No One is Bombing Russia EVER! 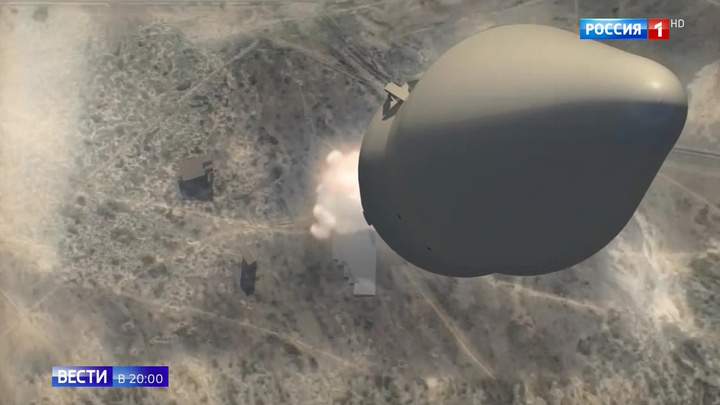 Now, Russia has a new, powerful weapon that can guarantee the security of our country for decades to come. A few hours ago, the Defense Ministry, in the presence of the president, conducted a test of the hypersonic intercontinental system "Avangard". The warhead hit the target. No country in the world can protect itself from hypersonic weapons and won't be able to do so for a long time.

Dmitry Petrov has the details.

Supreme Commander-in-Chief Vladimir Putin arrived at the National Defense Control Center. Chief of the General Staff Valery Gerasimov met him there. A huge screen displays an image of the Dombarov launch site in Orenburg Oblast. The silo cover opened. The first stage of the launch vehicle began to work. The Avangard rushed to the sky.

Vladimir Putin: “Dear comrades, I'd like to address all of you and the chief designer, engineers, workers, and everyone who created this promising weapon system, first and foremost. I congratulate you on a great event in the life of the Armed Forces and in the field of ensuring the security of the Russian state. You've completed a big, long, and complex job. It required breakthrough solutions in principal areas. It was all done by our scientists, designers, and engineers.”

The straight-line distance between the Dombarov launch site and the Kura missile test range in Kamchatka is 3,800 miles. It takes ballistic missile warheads and the Avangard approximately the same time, about 30-40 minutes, to cover this distance, but their routes are different. Even if the enemy's missile defense is somehow able to figure out the trajectory of a ballistic missile, the trajectory of the Avangard is completely unpredictable. Its course and altitude of its flight, and most importantly, its speed, change randomly. The Avangard can fly 20 times faster than sound. In a plasma cloud at a temperature of about 3600° F, it speeds to the target. It is impossible to intercept.

Vladimir Putin: "The new Avangard system is invulnerable to the current and future anti-aircraft and anti-missile defense systems of a potential enemy. This is a huge success and a huge victory. Next year, the Avangard system will enter service. A regiment will be formed and go on combat duty. This is a wonderful, excellent New Year's gift to the country".

It all started in 2004 when Putin, after another large-scale exercise, made a sensational statement.

Vladimir Putin: "In the near future, the Russian Strategic Missile Troops will be armed with the most advanced technical systems which are able to hit targets at intercontinental range, at hypersonic speed and with high precision, and capable of a complex set of maneuvers, both in altitude and direction. I should say that every word of what's just been said matters. No other country in the world has such weapon systems at the moment".

When, in March 2018, in his address to the Federal Assembly, the president reported that several new combat systems were simultaneously put at a high level of readiness, all the huge, main work had already been done. Putin considered it important to talk about that separately.

Vladimir Putin: "When the work on one of these systems, and on the Avangard as well, was finished, I asked for a list of people who should be honored and rewarded to be brought to me. They brought me several sheets, written in a tiny font, a really tiny font, not of people, but enterprises, research institutes, and design bureaus. I looked it through and asked what it was. And the chief designer answered me, "This is our cooperation". The product wouldn't have been made without any of them".

And now, the Avangard has completed its tests. At the meeting of the government, the president talked about the importance of this success.

Vladimir Putin: "All of the combat specifications have been confirmed. The tests were successful. This is a great event in the life of the armed forces, and the country indeed. Russia has a new class of strategic weapons".

The Avangard is only the tip of the iceberg because it involves several other defense projects. After the successful launch, the president today discussed prospects for equipping the army and navy with new weapons with the general designer, the Chief of the General Staff, and the Minister of Defense.