Electronic Warfare: How to Neutralize the Enemy Without a Single Shot 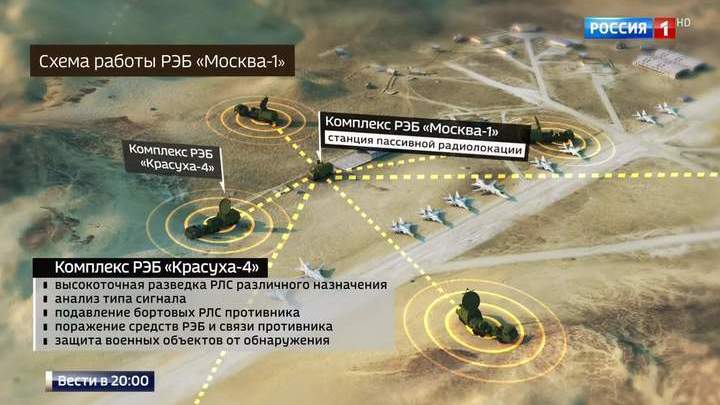 The Russian Electronic Warfare Troops celebrate a holiday. 113 years ago, during the Russo-Japanese War, the first operation in world history was undertaken to suppress the enemy’s communication channels with the help of radio interference.

Our REW troops can detect and neutralize any target from a ship's system and a radar, to a satellite. Alexander Minakov saw the troops' work, which don't need ammunition for victory. This usual suitcase is one of the latest developments of specialists in electronic warfare. A small jamming device with a poetic name Lesochek suppresses radio control channels with explosive devices.

Now, this is the most effective complex for protection against radio-controlled landmines. Military conflicts of recent decades in Yugoslavia, Iraq, Libya, and Syria very clearly showed what happens to countries that don’t have an effective electronic warfare system. Russia has such a system. Its main task is to cover command posts, anti-aircraft defenses, troops, as well as important industrial, administrative and political facilities. For this, complexes have been developed that suppress spy satellites, ground-based radars, and AWACS-type aircraft systems.

Russian specialists managed to make an incredible breakthrough. This became clear after the episode that occurred in the Black Sea exactly three years ago. Back then, the Russian front-line bomber Sukhoi Su-24 flew several times around the American destroyer Donald Cook, equipped with the most modern air defense system Aegis. This is how one of the crew members of the destroyer described these events in social networks. We watched the Russian on our locator until he reached the kill zone, to then "shoot him down." But when he entered the damned zone, mysticism began. Our locators were the first to go out, and then the whole Aegis went out. The pride of our fleet became our shame! The US military didn’t know that the Russian aircraft was equipped with the latest electronic warfare complex Khibiny.

As soon as the pilot realized that he had been spotted, he switched on the equipment, and powerful radio-electronic waves deactivated the whole ship's systems. This is the Murmansk complex, which controls the space in the short-wave range within a 5,000 kilometer radius. It’s at these frequencies that communication is conducted between the NATO headquarters in Europe. Electronic warfare is in non-stop mode.

Now, a reconnaissance plane has approached the Russian border and is conducting radar reconnaissance of our territory. The operator, seeing this source, conducts an analysis of it from his work station. After this, Sergey Kureshov, the battalion commander, gives the order to send the data to the command post. A signal is received from the control point, and we are able to influence it from here. Russian specialists have already developed complexes that allow them to create, for example, a dome of radio electronic jamming over the area of air defense facilities. This is a kind of an invisibility cap from the enemy’s radar. And now, the Pentagon beats the alarm. Russian electronic weapons completely paralyze the functioning of American electronic equipment installed on missiles, aircraft, and ships.

The development and testing of the newest models of complexes takes place at the Center for Training and Combat Use of REW Troops. Here, there is a unique simulator, which simulates the work of all the complexes. With the help of open sources and other available means, we study the military regulations of a probable enemy and on the basis of this data we model the situation that is relevant at the moment. Experts are sure that in modern wars, electronic warfare is a key element. You don’t need to have expensive weapons to win, powerful radio-electronic jamming is enough.